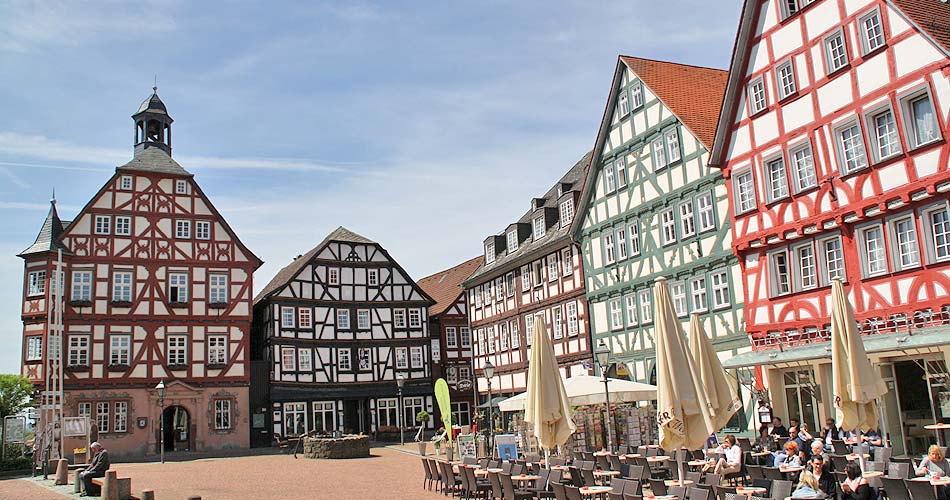 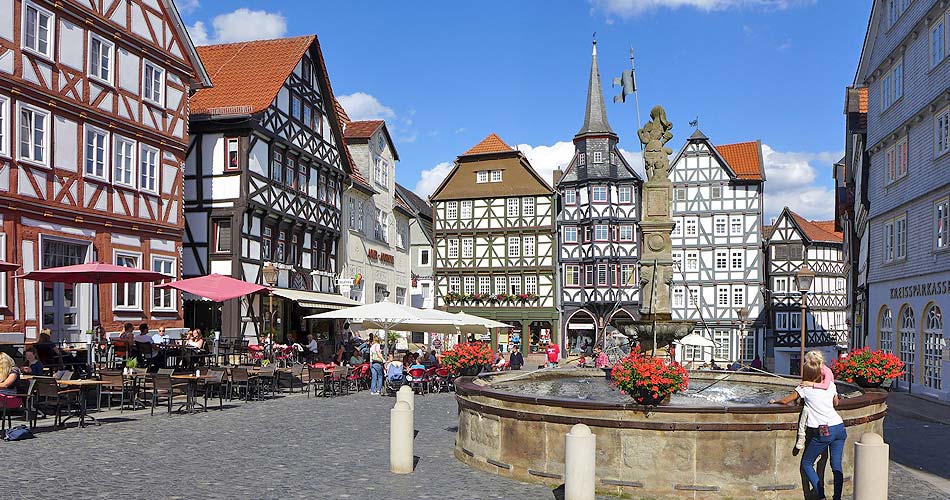 From the Weser Hills via North Hesse to the Vogelsberg Mountains and the Spessart Uplands – one of the most varying timber frame regions lies ahead of you. It is no coincidence that the constitution of the German Half-Timbered House Road started in this region in 1990.

Powerful patron saints – from Charlemagne via the Lower Saxon Welf Dukes to the Hessian Landgraves and Prince-Electors – helped the historical towns to establish wealth and artistic development with trade privileges. The variety of timber frame styles and designs with influences from Lower Saxony, Hesse, Thuringia and Franconia and even Italy is unique.

On this regional stretch the German Half-Timbered House Road leads through beautiful river valleys with medieval sandstone bridges across the rivers Weser, Fulda, Werra, Eder and Schwalm, contacts legendary mountains such as the Hoher Meissner – also called ”Mother Hulda Mountain“ – the Knuell or the Vogelsberg and presents timber frame not only in the historic towns but also in numerous picturesque villages along the route.

Hann. Muenden, the timber frame and three-river town, the gold mining at Eisenberg Mountain near Korbach, Lauterbach, the ”Town of the Lost Sock“, the oldest timber frame church in Hesse in Gelnhausen, the biggest folk festival in North Hesse in Bad Arolsen, the Reformation town of Homberg (River Efze), the lumberjack town of Melsungen, the Bad Hersfeld Festival and the oldest local folk festival in Germany as well as the many fairy tale characters one encounters at every turn in the Grimm Brother town of Steinau, stand quintessentially for the unprecedented cultural diversity of the 22 member towns.