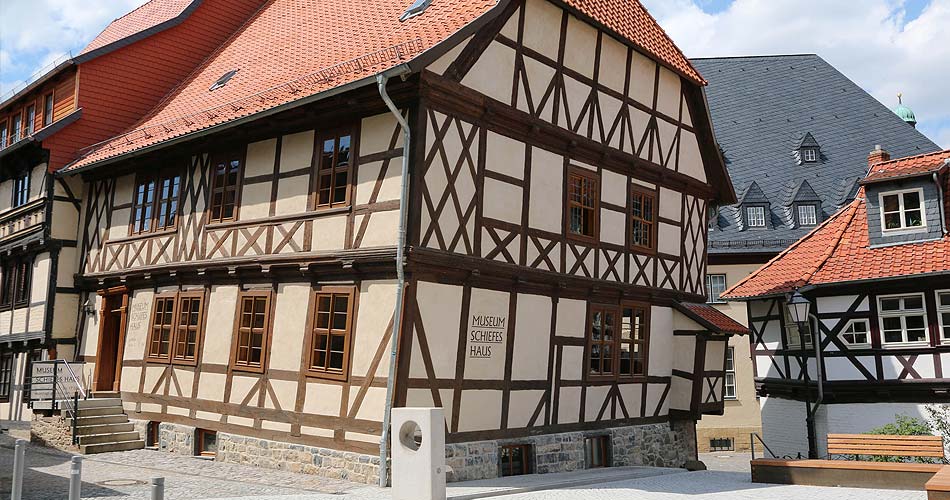 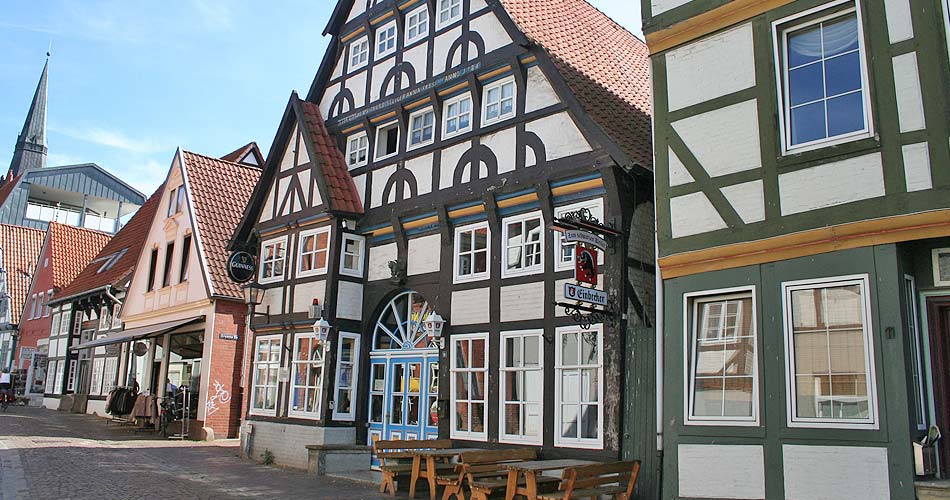 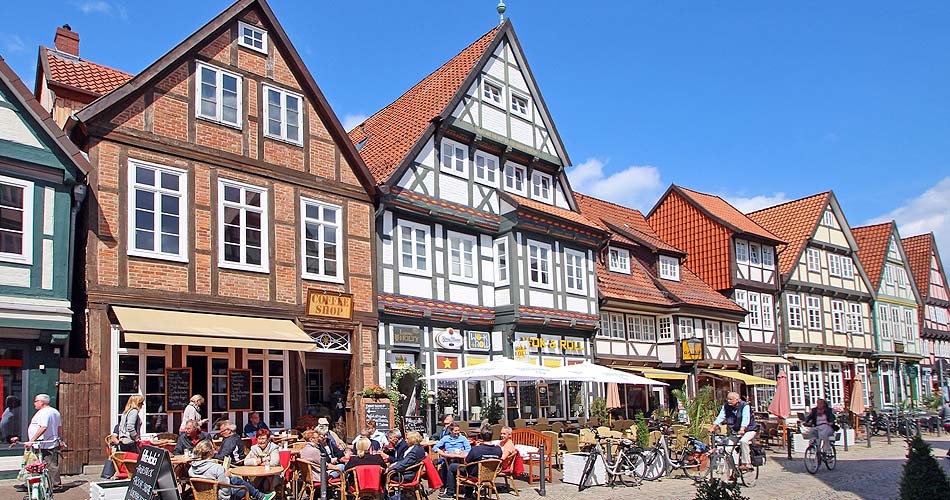 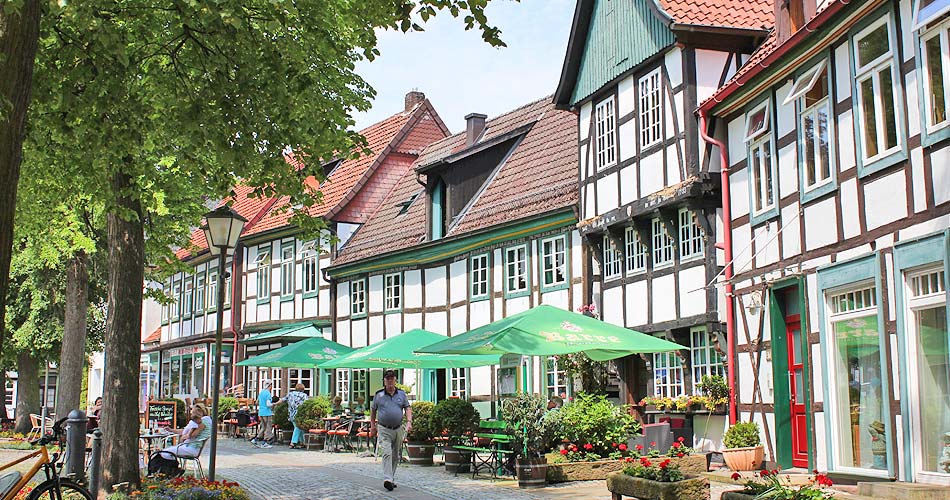 The variety of landscapes of the regional stretch from the River Elbe to the Weser Hills could hardly be any greater.

On this stretch a tour through the most diverse scenic landscapes of Lower Saxony awaits you.

Beginning at the North Sea Coast via the North German Lowlands with the Central Weser Region, the Leine Valley to the Weser Hills, you are welcomed by towns that all have an independent timber frame character. Not only the different building materials available are responsible for this.

The various cultures of coastal inhabitants, people living along rivers and in uplands are reflected in the buildings themselves.

The towns are characterized by century-old crafts and became known beyond the German borders through their trading and beer brewing traditions.

Many places are the scenes of century-old customs, legends and myths that come alive again in medieval town festivals.

Exploration by bicycle, best from south to north, is particularly recommendable on this part of the German Half-Timbered House Road. The cyclist will reach the mouth of the River Elbe from the hilly south of Lower Saxony without any larger slopes travelling along secondary roads and country lanes.