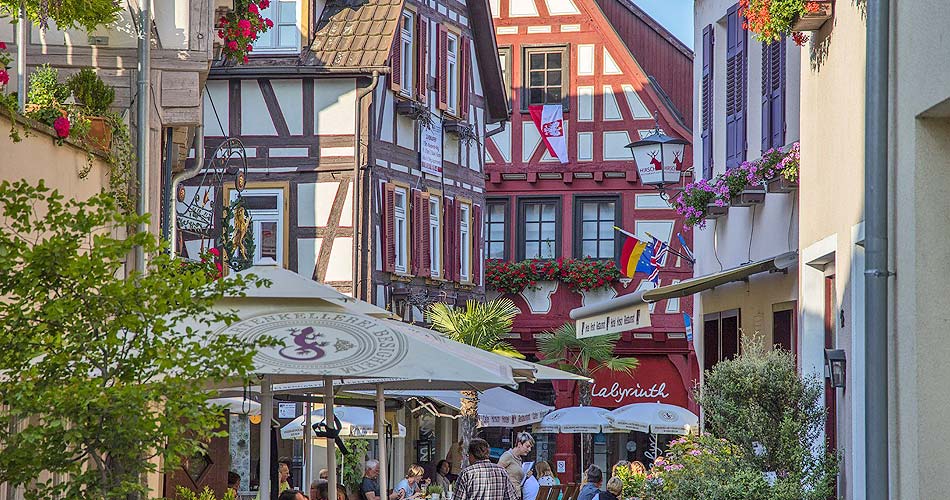 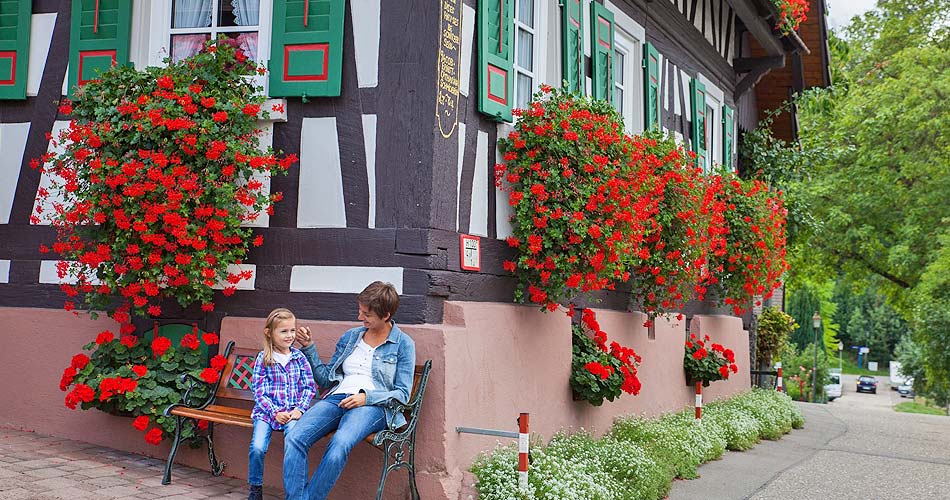 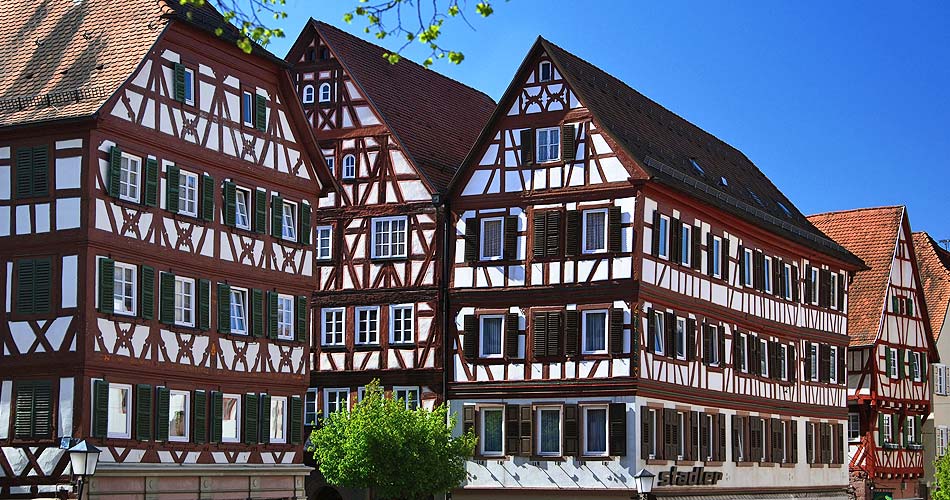 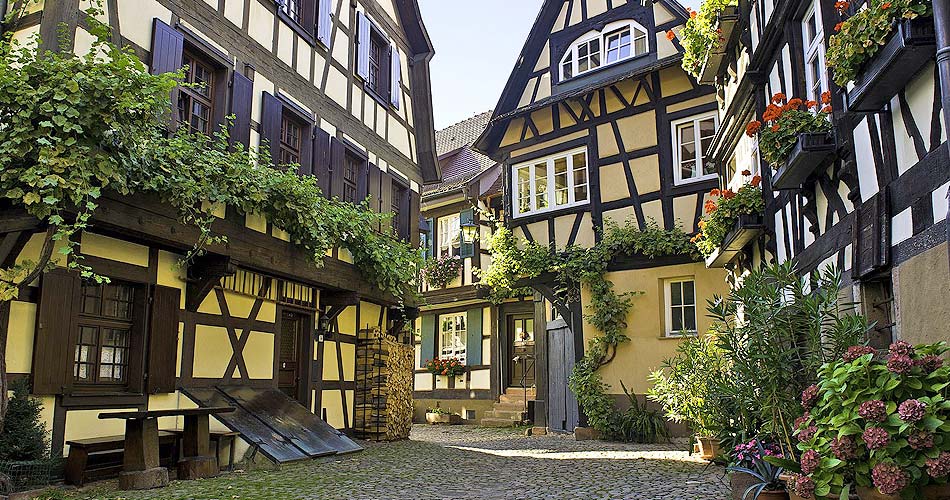 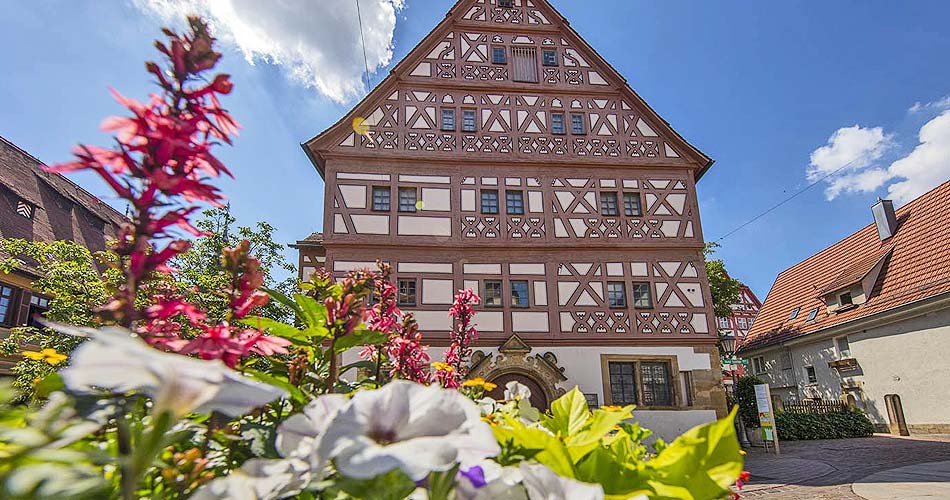 The star-shaped regional route in Southern Germany leads from Mosbach in the Neckar Valley to the Black Forest as well as the town of Meersburg on Lake Constance. Here you will encounter fertile farmland, steep vineyards, meadows with colourful fruit trees scattered all over them, vast forests as well as untouched waters, moors, picturesque mountains and wide valleys.

31 timber frame towns with a medieval flair and romantic aura are located along this regional route and present the visitor all the different styles of Southwest German timber frame, mostly consisting of the “Alemannic” and ”Franconian“ type of timber frame. Just how multi-faceted Southwest German timber frame is, follows from the long period as well as the diverse types of construction and the decorative splendour. Magnificent timber frame buildings of the 13th to the 19th century embellish these historic towns. The oldest existing houses can be found in the Central Neckar Region, such as in the towns of Esslingen or Markgroeningen as well as in Upper Swabia, such as in Biberach an der Riss.

The holiday regions Odenwald Forest, Northern and Central Black Forest, the Swabian Jura and Lake Constance-Upper Swabia as well as the wild and romantic valleys of the rivers Neckar, Enz, Kinzig, Riss or Danube offer a change and recreation. This coexistence of lovely landscapes and timber frame silhouettes lets the dreaminess of ancient towns come alive again and offers the ambience to ”get away from it all“. Naturally the age old tradition of holding markets is still vivid. Markets and festivals are a special attraction for visitors which make the towns hum with life. Just stroll along the alleys of our towns and sense the spirit of bygone days at many a place.