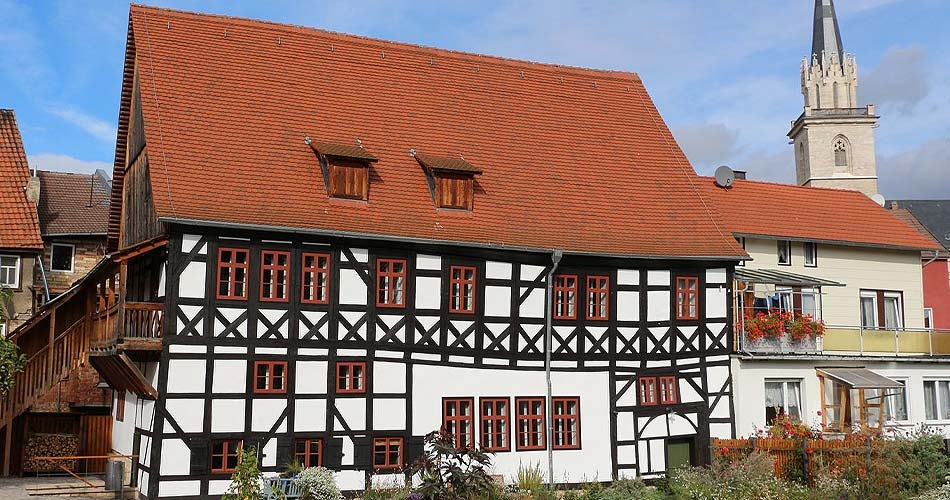 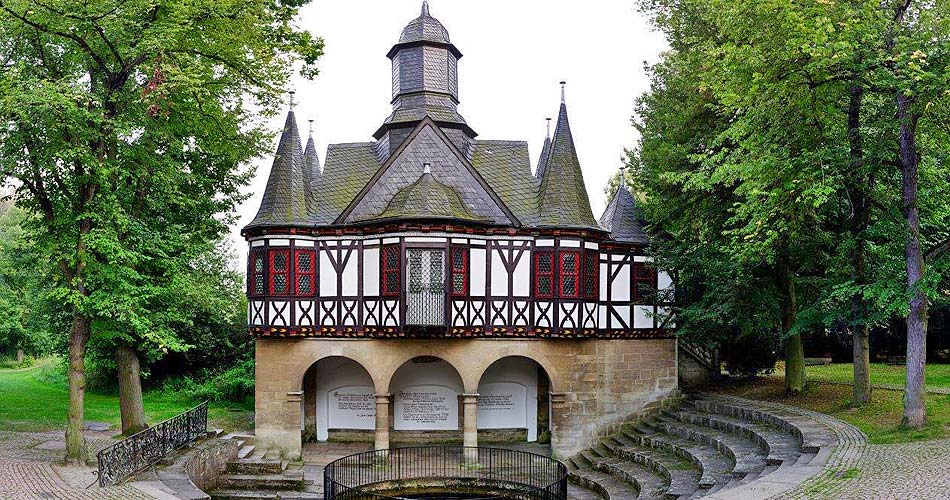 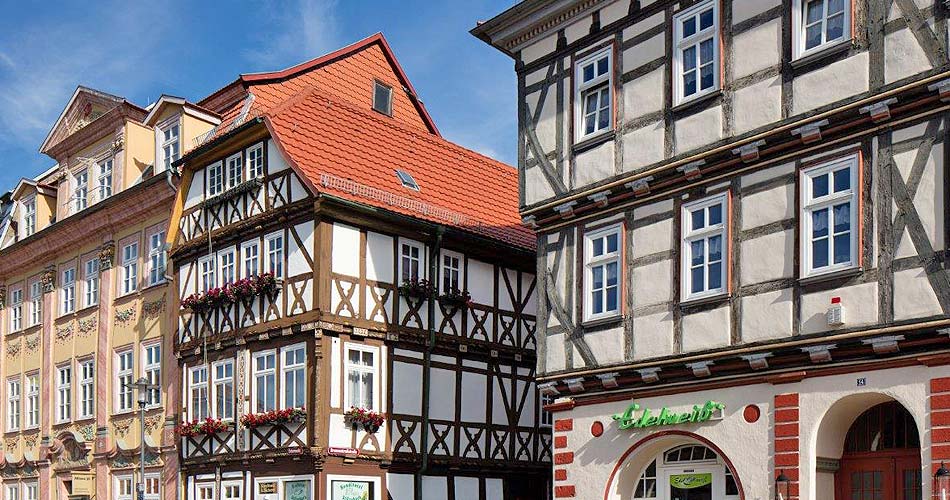 The people living between the Harz Mountains and Thuringian Forest have for generations been used to adopting cultural influences from all over and giving them their own character. The architectural styles from Gothic to Historicism, regional particularities from Lower Saxony to Southern Germany and ultimately the function of representative town halls to labourer homes all contributed to creating a multitude of timber frame designs.

The clearly structured construction and the palmette as a feature of Lower Saxon timber frame can thus be seen best in the towns of Stolberg and Worbis. Wanfried, once the terminus of the Werra-Weser navigation, reflects these contacts also in its timber frame. The former ”Potash-Town“ Bleicherode is a rare example of the temporary revival of the timber frame architecture at the end of the 19th century. ”Thuringian Ladder“ and ”Savage“ as constructive elements of timber frame building become increasingly important moving from the town of Muehlhausen via the Werra Curve including the towns of Treffurt and Vacha. In Schmalkalden finally, a special style combining Hessian and Franconian elements dominates the historical town centre.

During this tour the visitor can admire carefully restored timber frame and historic buildings (stone testimony of times long past) in all eight towns, hike along the traces of historic personalities, enjoy the hospitality of the locals and relax in a varied medium-altitude landscape.