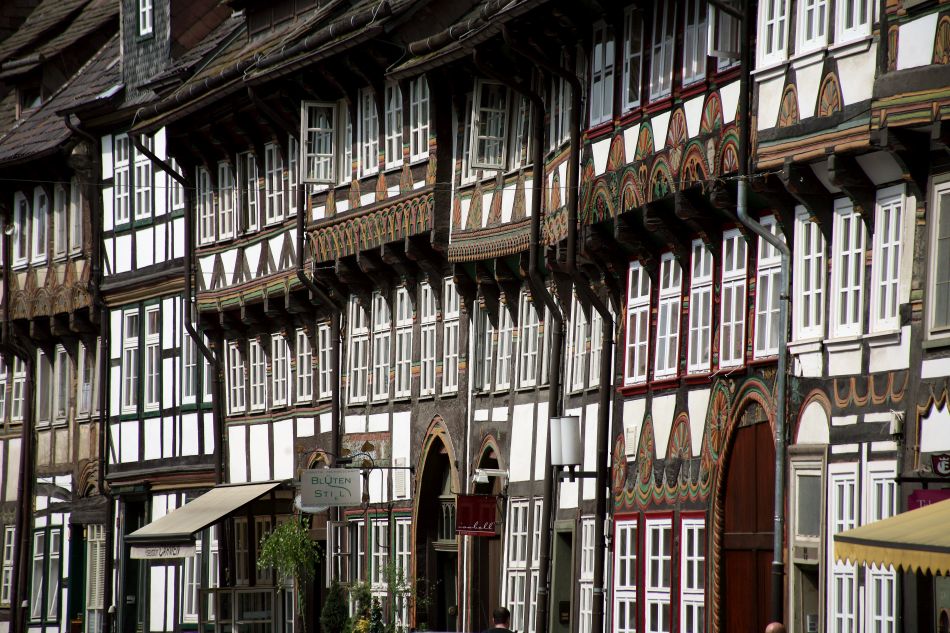 Half-timbered towns and villages remain a characteristic of the landscape in many parts of Germany to this day. Indeed, the country’s more than 2.5 million half-timbered structures are the pride and joy of municipalities and owners.

Wood is the basic material used in the construction of half-timbered build­ings. The characteristic features of this wood, the climatic conditions and the carpenters’ skills are decisive to the dimensions and forms of the half-tim­bered houses.

Half-timbered structures have a wood-saving skeleton with self-supporting timber and curtain walls made of clay or brick. This building method is ex­tremely ecological, environmentally sustainable and aesthetic.

In Northern Germany, the half-timbered buildings are essentially based on the Lower German hall house in which people, livestock and the harvest were brought together under one roof. Central German timber frames are characterised by a central section divided into three areas open to the eaves, which primarily served as living space. In Southern Germany, the half-tim­bered frame developed from the Alemannic wooden post structure, an earlier construction method with wide post positions.

With the half-timbered houses, we immerse ourselves in the ways of life and structures of centuries past. We encounter living testimonies here in an abun­dance of forms, embellishments and symbols, such as the Saint Andrew’s cross (the other cross of the Germanic people), which in Christian times came to commemorate Saint Andrew, who was nailed to a slanted cross. “Wild men” and fanned rosettes, flared and straight rhombuses, and a whole vari­ety of trees of life through to Christian symbols count among the traditional tradesmen’s embellishments added to half-timbered buildings.